WaqWaq Kingdom is a Japanese tribal bass duo consisting of dubstep-noise savvy Kiki Hitomi and Shigeru Ishihara, the latter of whom has been orbiting the dance-music galaxy with his longest-running solo project DJ Scotch Egg for over a decade. Hitomi and Ishihara are both originally from Japan, lived in the U.K. for over a decade and are now based in Germany. WaqWaq Kingdom’s genre- and time-bending sound resembles a psychedelic Nabe hot pot: melting Japanese traditional style Minyo with Jamaican dancehall, footwork, dub, techno, tribal polyrhythms and Super Nintendo soundtracks. The lyrics and visuals draw a deep influence from ancient Shinto mythology and the Japanese Matsuri festivals that honor the local gods, Kami-sama. WaqWaq Kingdom’s hypnotic and shamanic live performances are an intense time-warping experience that reconnect their animistic roots with the future of urban neon colours.

For 2020, WaqWaq Kingdom are reciving a grant in the amount of 5,000 euros for the release of the five-track EP ›Relax in Chaos‹ that will be combined with a conceptual music video. 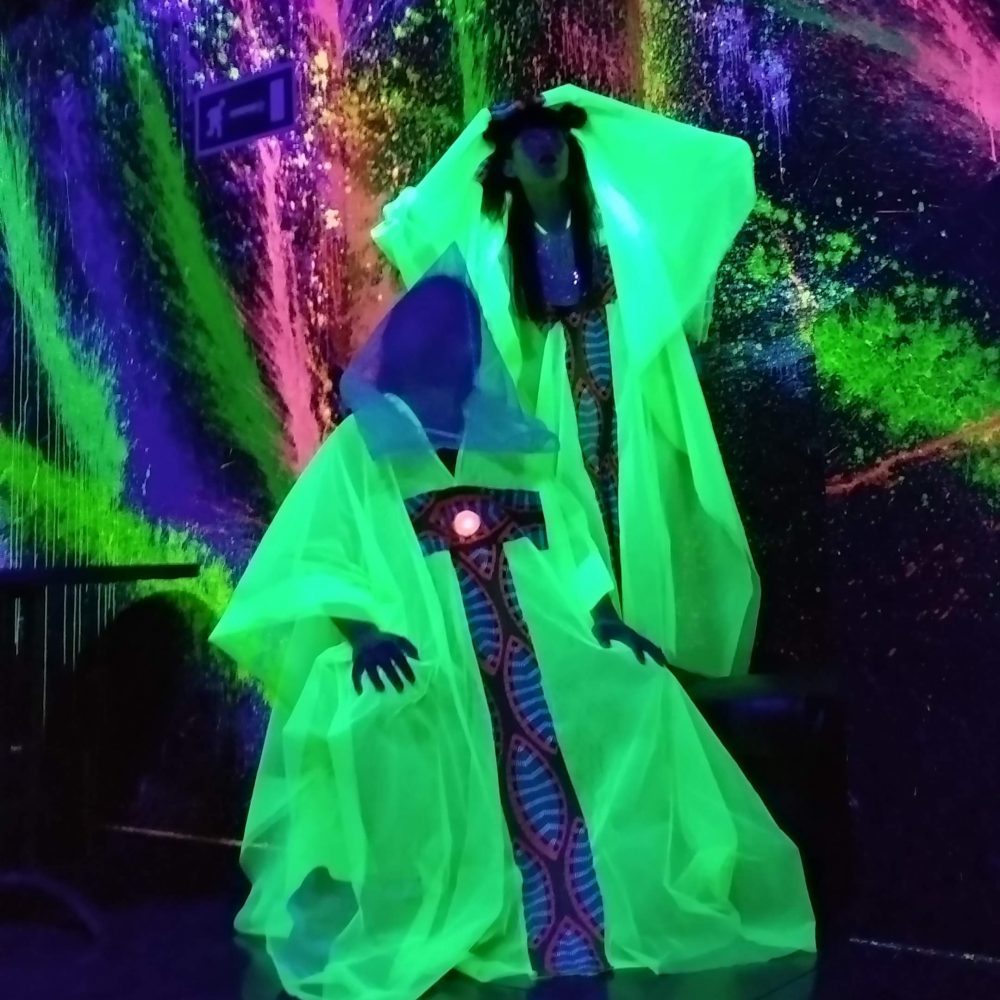