With its cross-genre programme, Torstraßen Festival has established itself as a seismograph of the diverse scenes within Berlin‘s pop music underground. The aim of the festival is to present innovative and independent pop music, especially from Berlin, to a heterogeneous audience at low-threshold locations. The year 2020 marked not only the tenth anniversary of the Torstraßen Festival but also the culmination of previous experiments with different approaches and formats. Facing the Covid-19 crisis as it cut into the usual live events, Torstraßen Festival chose to move into virtual realities and presented itself for the first time in 2020 in the form of an online edition. Marked with the Roman numeral X, also serving as a symbol for social exchange as well as the intersection of perspectives, Torstraßen Festival teamed up with United We Stream to broadcast a programme from Volksbühne Berlin. With artists such as Derya Yildrim, Aquarian and Tatiana Heuman, the lineup showed a broad spectrum of current music from Berlin. 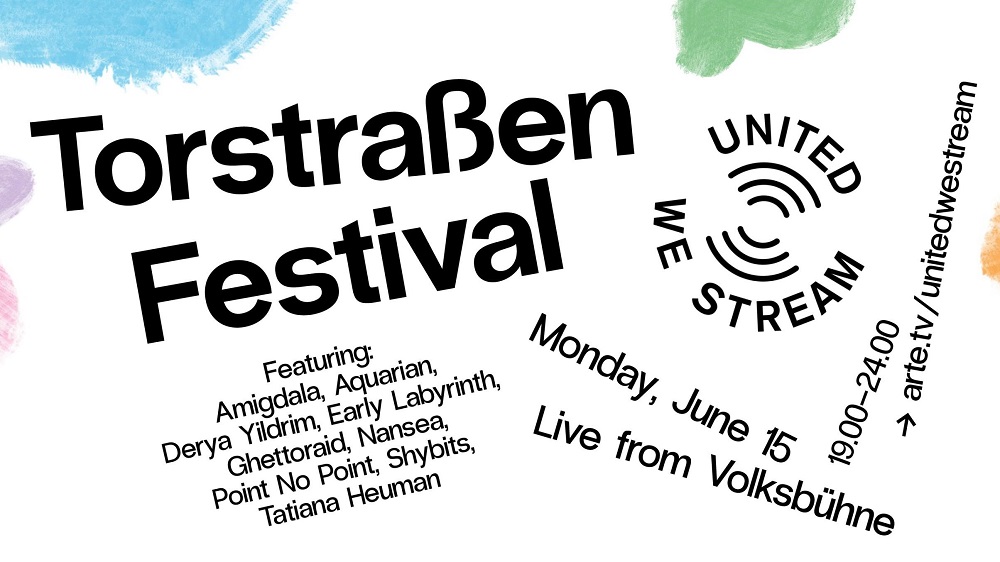