Godmother are critical theory in pop-music drag. A non-binary identity becomes a Weltanschauung, challenging dichotomies such as real and artificial, self and other, sincerity and irony. Their transgenre approach sounds too anachronistic to be current, yet too irreverent to be retro. Contemporary cabaret, glam without guitars, laptop synth-pop and grand piano house. Oldies but newbies. Godmother saw the light of day in 2012 with ›Theme Song from James Bond 23‹, which won a quarter of a million YouTube-plays. A lot has happened since then: The song ›MTFTM‹ aroused the interest of avant-garde artist Genesis Breyer P-Orridge, the corresponding music video made it into the official selection of the Pornfilmfestival Berlin and a self-titled album debut was released in 2018 including a release concert at Roter Salon and shows supporting Sons Of An Illustrious Father. In 2020 a new album is to follow.

In 2015 Godmother were on tour with Cakes Da Killa and therefore received Musicboard’s Support Tour Funding.

For 2020, Godmother are receiving a grant in the amount of 6,000 euros for the work on new album material as well as the production and (audio-visual) release of two singles. 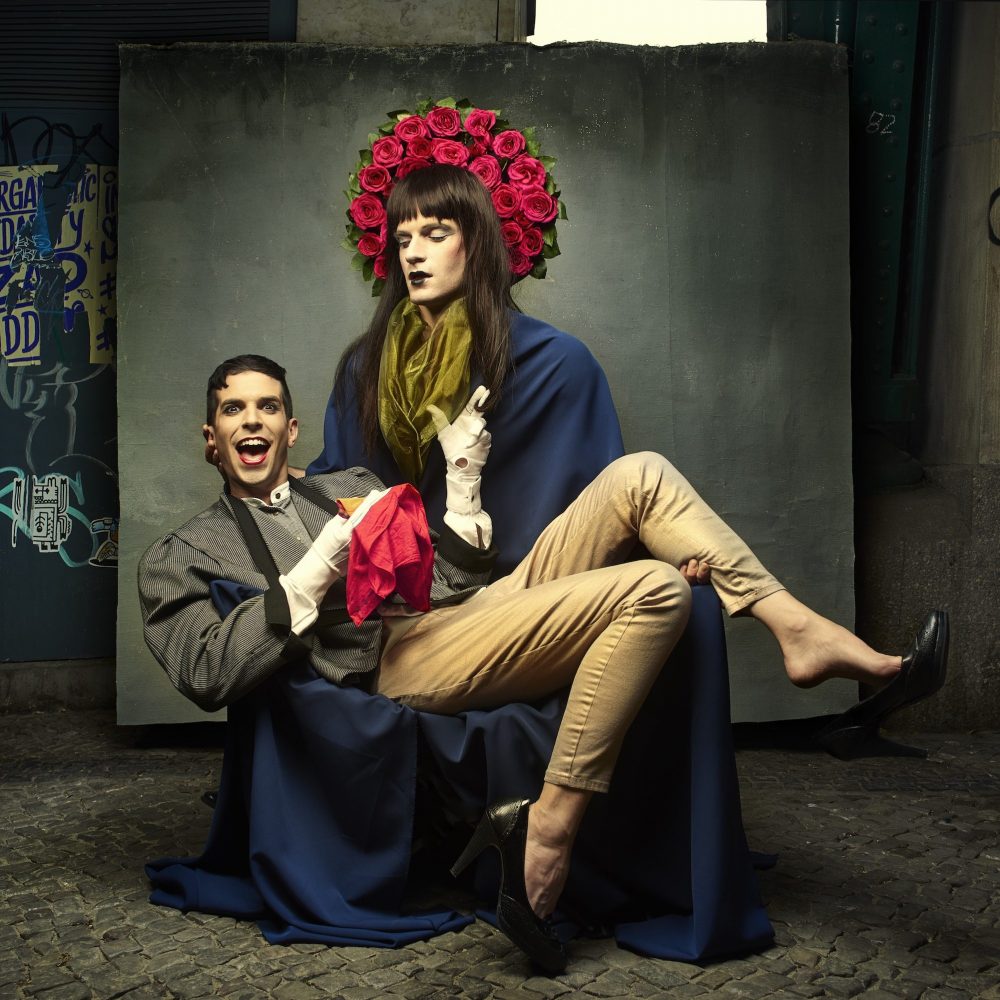