Lulu, Doreen, Kristin and Ilay are The toten Crackhuren im Kofferraum (»The dead crack whores in the trunk«) or TCHIK, as the band with the most family-unfriendly name in the German pop business is also called. This extraordinary group has survived 15 years of joint showbiz only because the individual band members are really serious about one another. Light baggage and emotional distance don’t serve this band. Not that the band has anything against fool’s gold, gumball machine grillz or rhinestones, but somehow they are suspicious of expensive bling-bling in an otherwise precarious pop scene. With their music, TCHIK prefer to enhance their own reality. Lower-class consciousness and honest joy thus remain the band’s foundations. The fourth album of The toten Crackhuren im Kofferraum was released in 2021.

In July 2022 The toten Crackhuren im Kofferraum were on tour with Terrorgruppe and therefore received Musicboard’s Support Tour Funding. 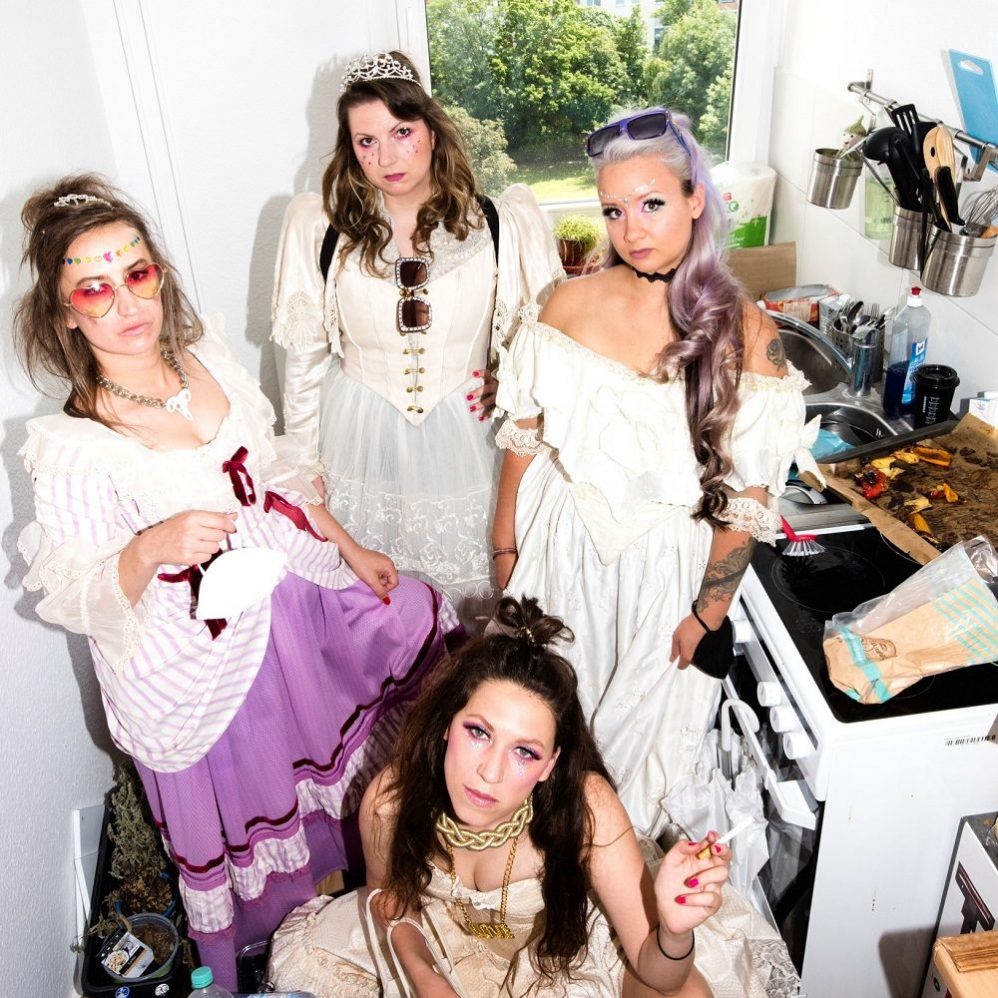