Launched in 2020 by the Senate Department for Culture and Europe, the Clubcommission Berlin and Musicboard Berlin, Tag der Clubkultur (»Club Culture Day«) is a festival showcasing the importance and diversity of Berlin’s club scene. Its second edition took place on October 3, 2021, preceded by a festive ceremony awarding 40 clubs and collectives each with 10,000 euros on September 15, 2021. The awards focused on two main themes: overcoming the pandemic and visions for Berlin’s club culture of tomorrow. A five-member independent board of trustees decided on the applications. The award winners include clubs and collectives both long-established and recently founded. On Tag der Clubkultur itself, the award winners presented a cross-genre programme that was shown at more than 40 venues in Berlin. 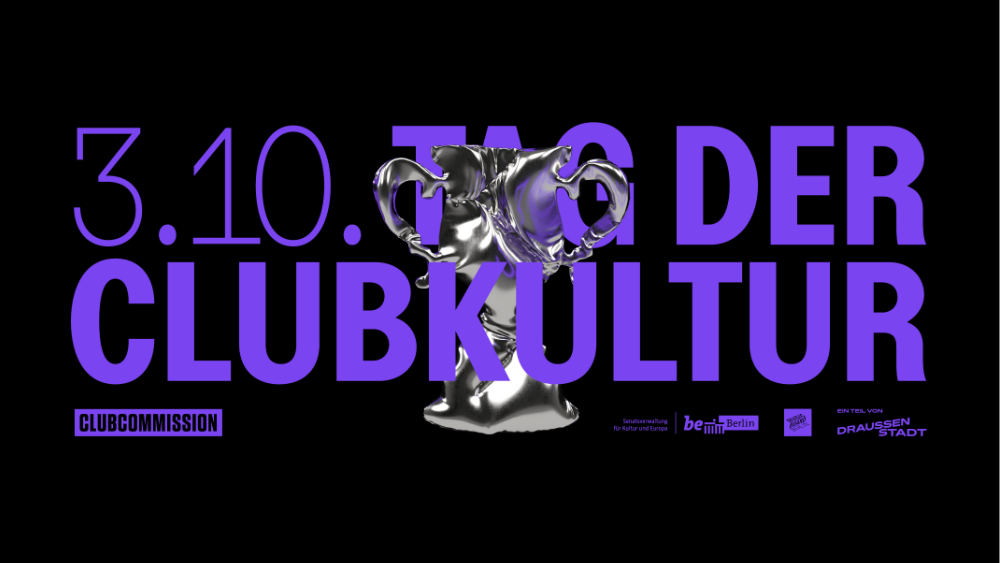