Taking place since 2017 in the old water reservoirs in Berlin-Pankow, Speicher is a festival for site-specific music curated by bohemian drips. Its fifth edition took place with the theme of »Retrospective«, presenting concerts by acts who have already performed at previous editions or are close to the label, and whose musical works were partially developed specifically for the unusual reverberation of the space: The partly acoustic, partly electronic compositions by Mazen Kerbaj & Ute Wassermann, Zinc & Copper and Els Vandeweyer & Rieko Okuda as well as Marta de Pascalis and Berke Can Özcan echoed as an interaction between music and architecture, allowing audiences to participate in Speicher’s variety of compositional and immersive perspectives. 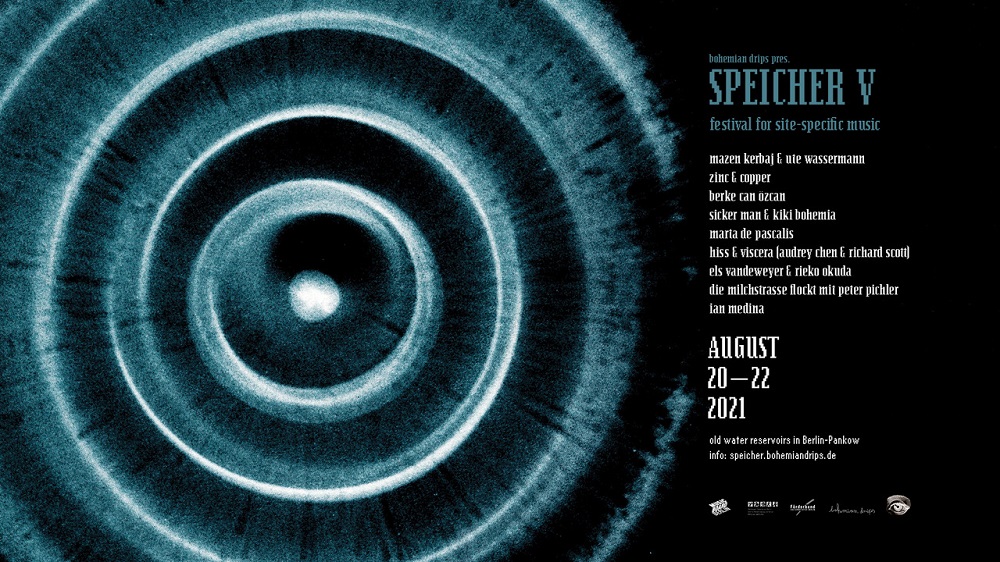