In September 2021, the Refuge Worldwide project premiered its own festival, Regenerate. In the face of inequality, environmental destruction, climate change and racism, the festival has addressed growth and renewal and a deeper understanding of social frameworks, ecosystems and ourselves as humans through live performances, panel discussions, workshops, DJ sets and short film screenings. The events were aimed at prompting reflection and interaction on paradigm shifts while creating potential for action. The festival was broadcast on the radio station Refuge Worldwide and also took place at the Oona Bar in Berlin-Neukölln. Guests included musicians and bands such as BeatPete, Castro & Nemo, Gramrcy, Massimiliano Pagliara, mokeyanju and Wayne Snow. 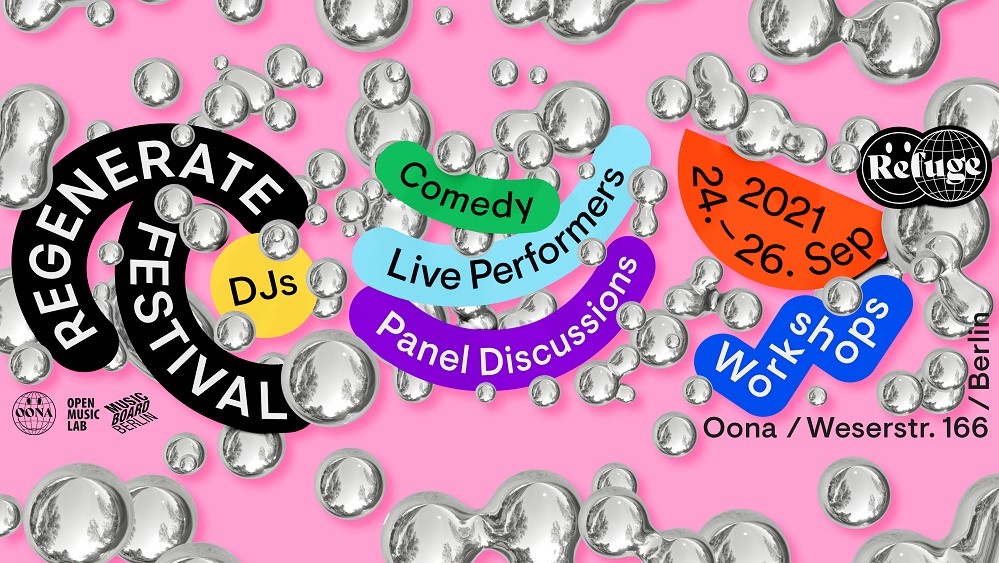