Johanna Borchert is a singer, pianist and composer whose roots lie in jazz. In October 2014, the charismatic artist released her first record ›FM Biography‹, which is situated between pop and avant-garde. She recorded it together with musicians such as Fred Frith, Julian Sartorius and Shahzad Ismaily. Borchert’s soggy, mystical, sometimes humorous songs stand on the one hand in the tradition of passionate lateral thinkers like Kate Bush, Laurie Anderson and Björk, on the other hand the Berliner expands the pop and singer-songwriter horizon by improvisations and individual sounds. Johanna Borchert complements unusual timbres with pointed electronic effects. Poetic depth and dense atmosphere, sometimes supported by light and image projections on the grand piano lid, make Johanna Borchert’s concerts a special experience. In May 2015 the artist receives the Echo Jazz 2015 for ›FM Biography‹.

For 2015, Johanna Borchert is receiving a grant in the amount of 6,000 euros to compose new material for a release with band and the Jena Philharmonic Orchestra. 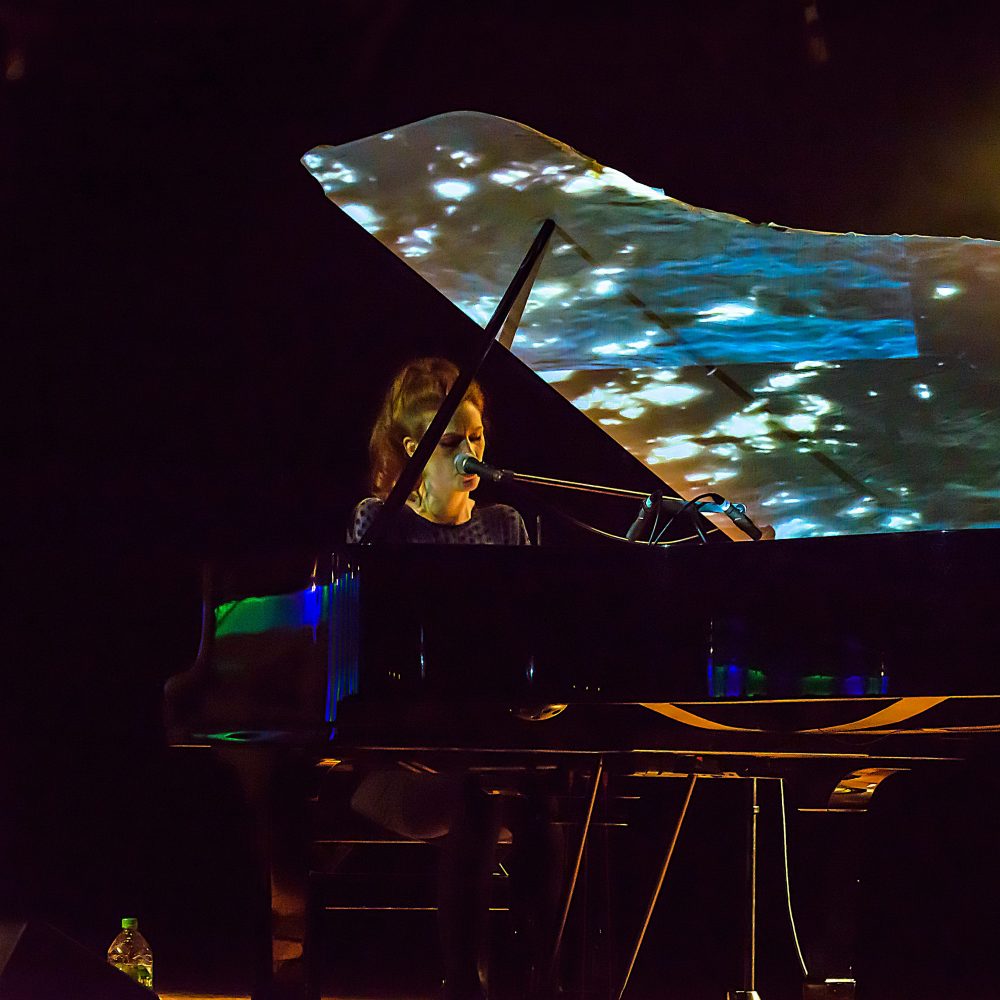