Gigolo Tears sounds like a banana split, broken hearts and the oiled muscles of a female bodybuilder on the beach. It is the solo project of Christin Elmar Schalko, producer, singer and one half of the former Hamburg duo Zucker, having previously collaborated with Die Sterne, Carsten Erobique Meyer and Theater Bremen. Schalko claims that »Gigolo Tears was founded either to make every man on this planet cry or at least to make every woman dance.« The name Gigolo Tears promises big tearjerkers but offers empowering hits that make you want to roar along. In the tension between anger, humour and joie de vivre, Schalko confidently conveys feminist messages through pop pieces with a melancholic attitude. Gigolo Tears is never afraid of the grand gesture, the epic melody, the plastic strings. The promise of pop lies like silk shimmering in the air.

For 2020, Gigolo Tears is receiving a grant in the amount of 3,000 euros for the development of her current album and video material as well as her live show. 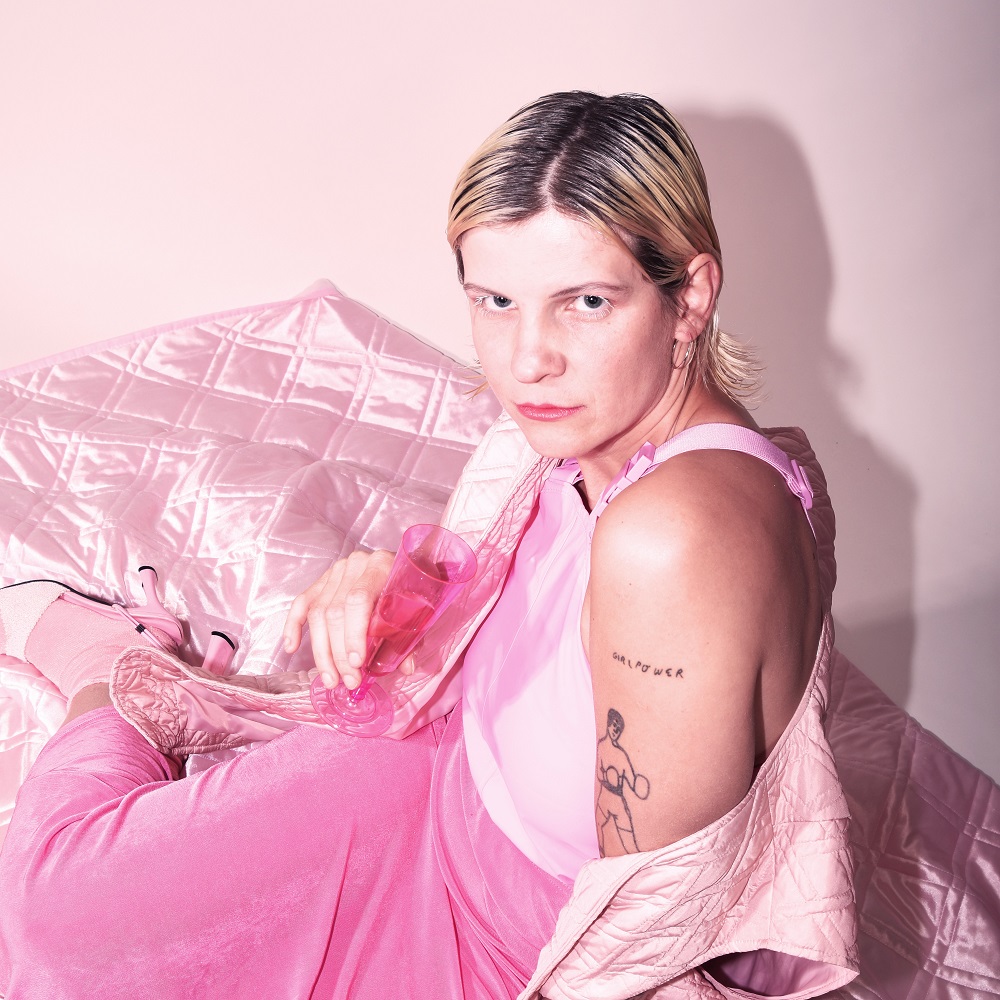