Berlin-based, British-born Gemma Ray is an artist who has been given diverse and exotic descriptions such as »torch song psychedelia«, »sideways blues« »girl-group melodrama« and »gothic folk«. Her latest album ›The Exodus Suite‹, released in 2016, has earned Gemma Ray much international acclaim. It was recorded live at Candy Bomber Studios in the Tempelhof Airport in Berlin. The title can be understood as a reference to the approximately 8,000 refugees that were living in the hangar beneath the studio during recording: an unexpected coincidence that tied in with the albums’ themes of exile and relocation. Her music reflects these issues with cinematic and brooding sounds – sounds that sit more comfortably in the Nick Cave & the Bad Seeds and PJ Harvey School. It should come as no surprise that Gemma Ray has collaborated with members of the Bad Seeds, as well as the late great Alan Vega (Suicide), Howe Gelb, Sparks, and the Filmorchester Babelsberg amongst others.

For 2017, Gemma Ray is receiving a grant in the amount of 6,000 euros to develop a new production of all-new material under a new moniker, with a heavily female-centric cast of musicians. 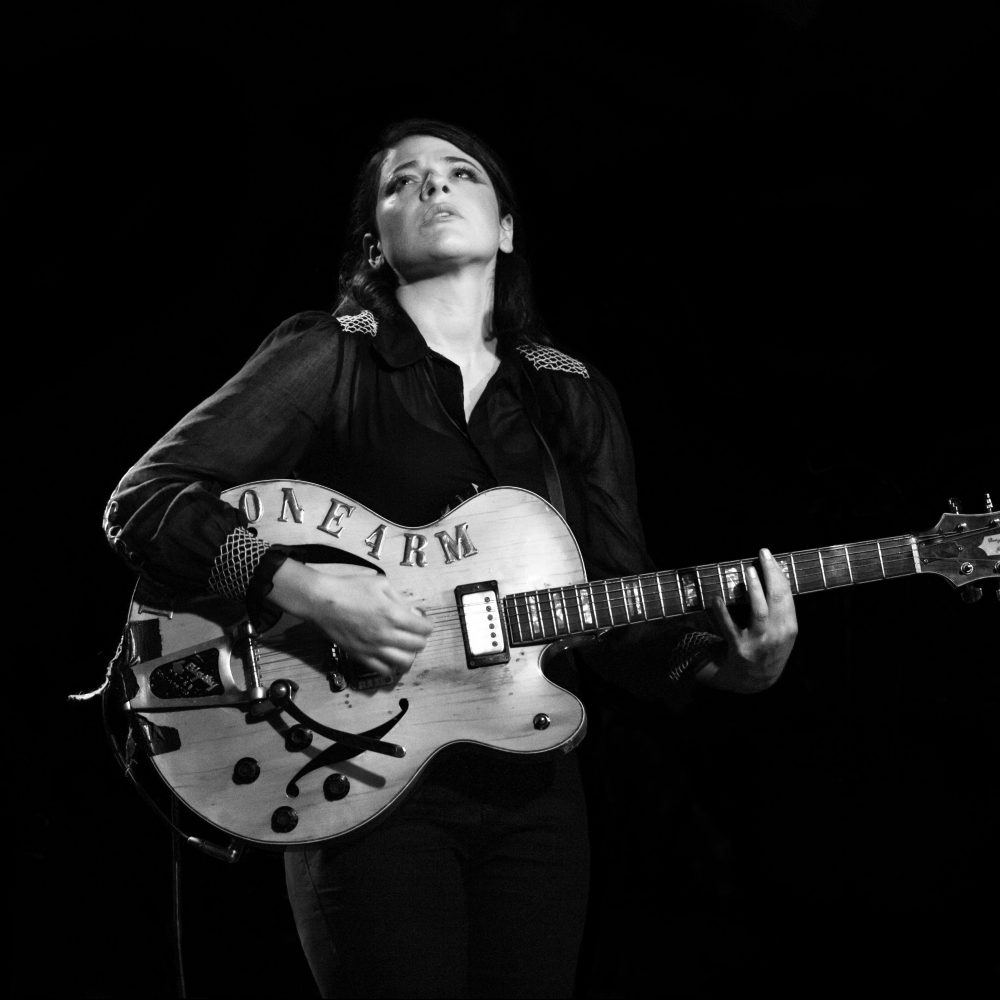