Eilis Frawley is a classically trained percussionist from the Elder Conservatorium of Music in Adelaide. She spent a number of years in Seoul, where she played in various bands before relocating to Berlin in 2016. Frawley is the former drummer of Party Fears and currently plays with I Drew Blank, both bands she toured extensively with in 2019. Around the same time, Frawley’s solo project debuted with multiple tours and single releases. Her EP ›Never Too Emotional‹ was digitally released on Reckless Yes records in February 2020. Frawley combines direct and unforgiving spoken word with kraut-like rhythms. With a focus on social structures, feminism and mental health, she speaks truth to creative insecurities, personal tragedies and the impacts of living abroad. Frawley is also the brainchild behind Bang On, a Berlin-based platform founded in 2016 for emerging artists, with a strong emphasis on support for LGBTQ+ artists and their community.

For 2020, Eilis Frawley is receiving a grant in the amount of 2,500 euros to record and release her second EP. 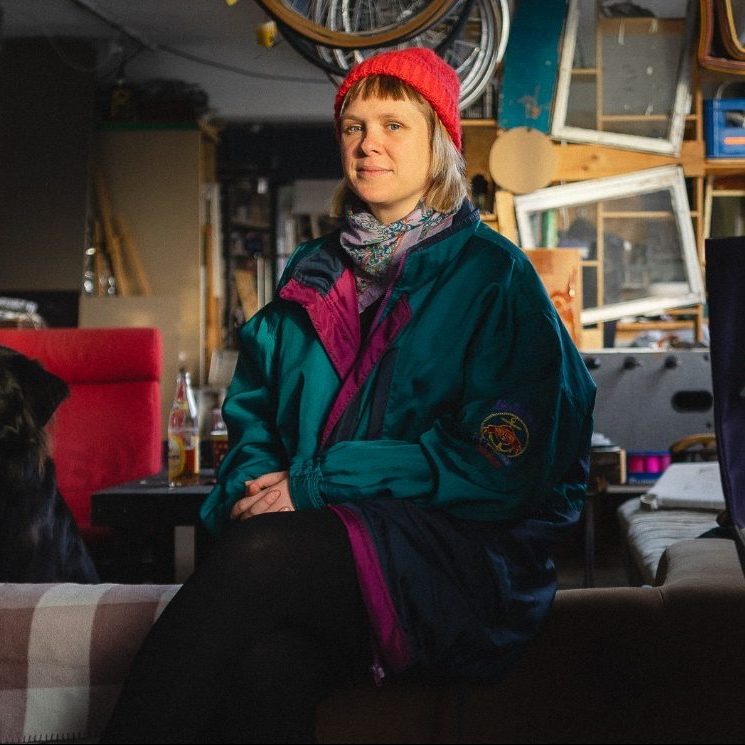