The artist Christiane Rösinger, born in 1961, has been shaping the Berlin local music scene since the early 1990s as an »indie music icon« (Deutschlandfunk Kultur). Whether as singer and lyricist of the bands Lassie Singers and Britta, as founder of a record label or organiser of the Berlin event series Flittchenbar – Christiane Rösinger knows how to deal with socio-political issues in an artistic way. Alongside her work as a journalist and author, she has earned a reputation as the »greatest living German-speaking songwriter« (Frankfurter Rundschau).

With her musical ›Stadt unter Einfluss‹ (›City Under the Influence‹) Christiane Rösinger also proved to be a competent director and composer in a theatrical setting, bringing the audience to its feet at the premiere in autumn 2019.

For 2020, Christiane Rösinger is receiving the special Rio Reiser grant endowed with 8,000 euros. 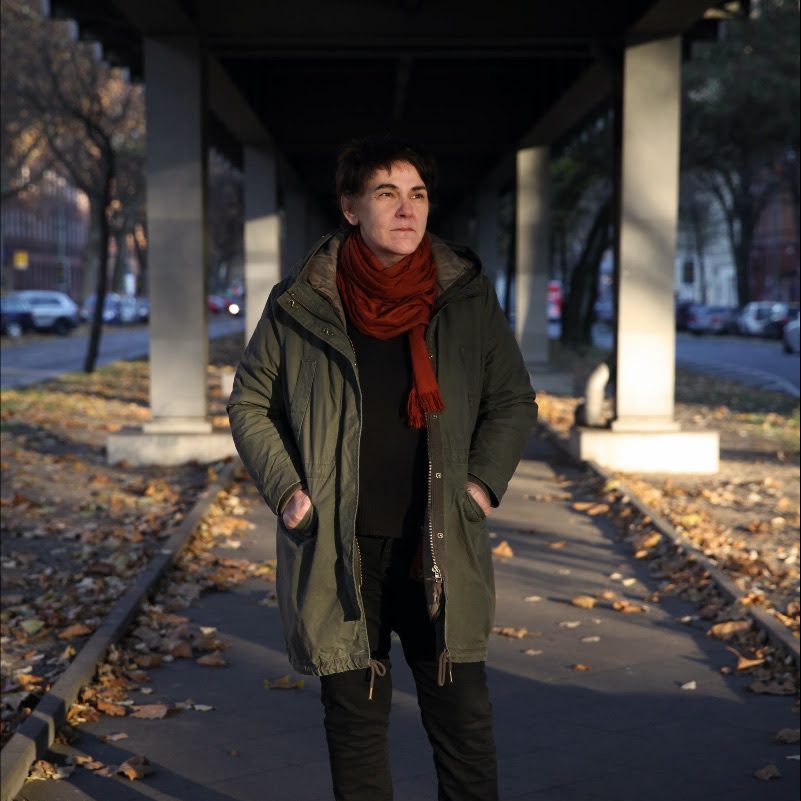