Lianne Hall has already been through quite a lot. In the 90s, she toured the squats of Europe with the feminist punk band Witchknot, received a crash course in DIY and community, and was described as »one of the great English voices« by legendary BBC radio DJ John Peel. The fact that Lianne Hall found a job working for Orbital’s Paul Harnoll in the ’00s could be described as a stroke of luck, or perhaps something like fate. Although the singer was actually brought into the British musician’s house as a cleaner, she soon swapped the mop for a mic, wrote electronic pop music together with Harnoll and even sang a duet with The Cure’s Robert Smith. Lianne Hall’s internationally renowned album ›The Caretaker‹ was produced in Berlin in 2017, where she is still active today as a singer, writer and producer.

In 2021, Lianne Hall is receiving a grant of 4,000 euros to record and produce her current album ›Energy Flashback‹. 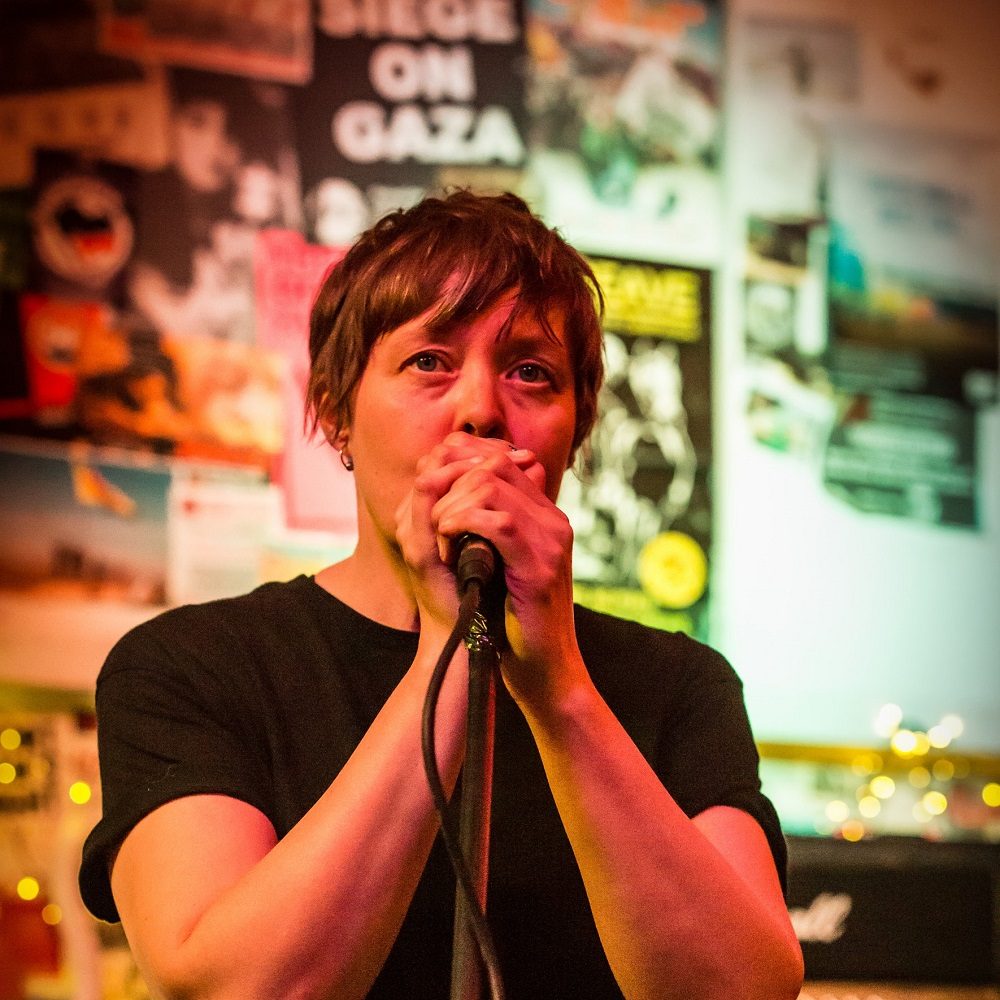