HYENAZ are Berlin-based sound and movement artists Kathryn Fischer (aka Mad Kate) and Adrienne Teicher (aka Bad Conscience). The dance tracks, soundscapes, performances, installations and audiovisual works they produce are based on the sonic shapeshifting of field recordings gathered in the process of site-specific works. For the past six years, HYENAZ have worked on ›Foreign Bodies‹: a sonic performance research project that explores relationships of bodies in migration and bodies in resistance to state and corporate control. To this end, HYENAZ have caught buses and trains, cycled and hitchhiked, in order to encounter sounds, spaces and forms of consciousness on the margins of this hyperconnected world. Following ›PROXIMITY‹, ›Columns + Remixes‹ has been their latest release in this series, released by the Canadian techno label OBSKUR.

For 2020, HYENAZ are receiving a grant in the amount of 4,000 euros to produce ›PERIMETER‹, the third audiovisual work in the duo’s ›Foreign Bodies‹ series. 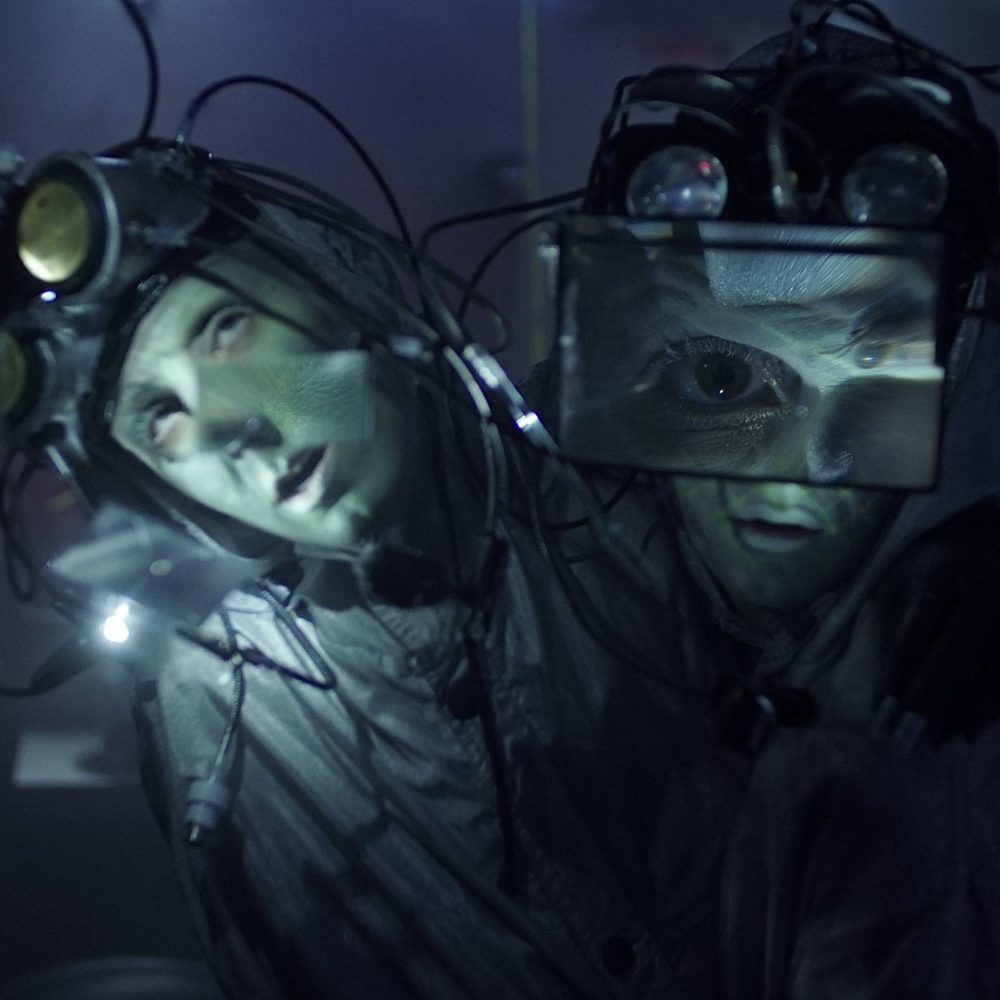