Half Girl is Berlin’s scariest all-girl-super-group: Julie Miess (Mutter, Britta), Vera Kropf (Luise Pop) Anna-Leena Lutz (formerly Die Heiterkeit) and Gwendolin Tägert (Mondo Fumatore). In a video shot by Jörg Buttgereit the band members drank whiskey out of coffee cups with Lemmy. Sound masterminds from Andre Abshagen to Schneider TM fearlessly opened their studios: In 2016, Half Girl released their first album ›All Tomorrow’s Monsters‹ on Siluh Records. With melodies, catchy and lovely like in the sixties, but twice as fast, Half Girl sings about monsters and the beauty of broken norms. Heartbreakingly funny sixties garage metal, dark-smart singalong punk rock, easy industrial – rock is celebrated and then solemnly killed. All children of the night are invited to brush their black fur, to grind their golden teeth and to follow Half Girl into the dark – and to the next album.

For 2017, Half Girl is receiving a grant in the amount of 6,000 euros to produce visual elements for live show, website and videos. 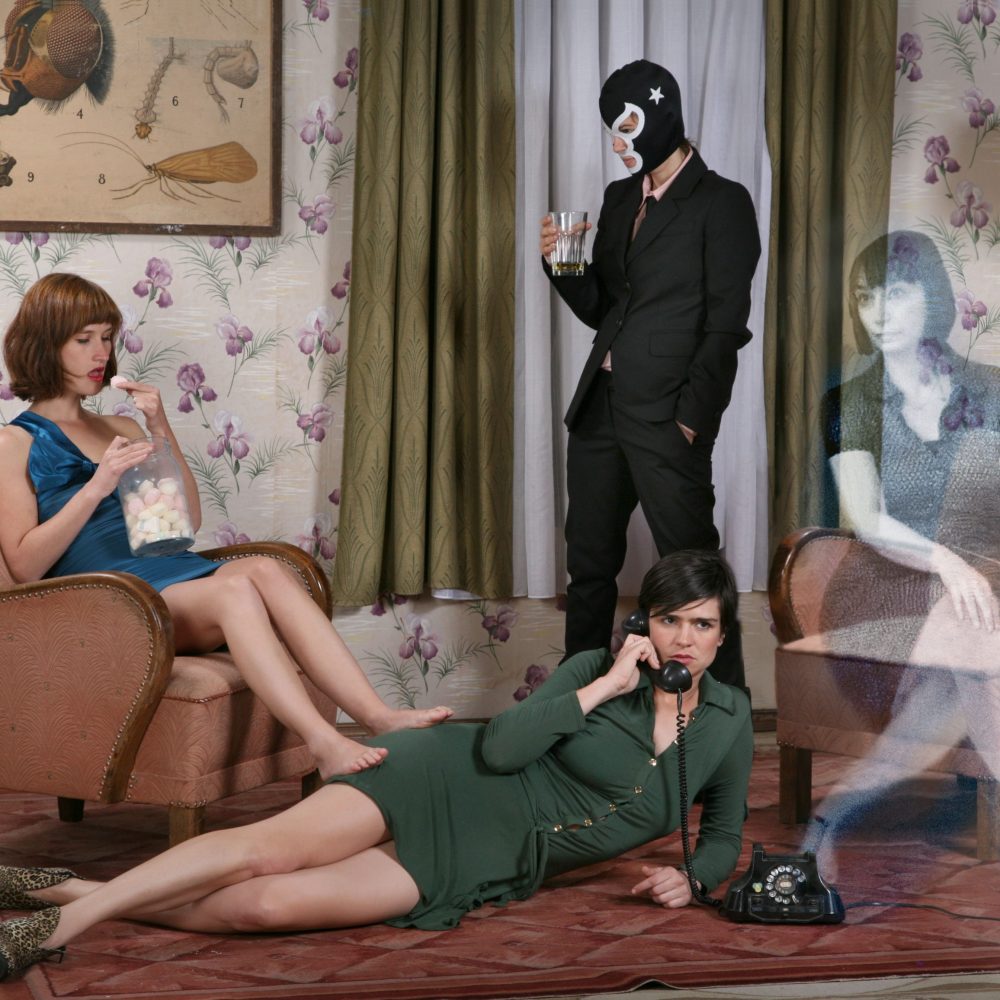