Fenster is a psychedelic pop band consisting of Jonathan Jarzyna (DE), JJ Weihl (USA), Lucas Ufo (FR) and Elias Hock (DE). After releasing two records on Morr Music, ›Bones‹ (2012) and ›The Pink Caves‹ (2014) they decided to make a feature length Sci-Fi adventure film along with an original film score called ›Emocean‹. Since 2012 they have been  touring like mad throughout Europe, the UK and North America. Their mix of tender and explosive deconstructed pop often utilizes household objects as percussion elements, an analog synthesizer recovered from a rain storm circa 1978, and lyrics that evoke holographic dream-scapes. Their music continues to evolve, exploring the sonic realms of surfy minimalism, echoey slow jamz and trippy tropical hits. Perhaps the essence of the band is their eagerness to shape-shift, like an insect transforming from a chrysalis into a butterfly. After all, a window is just a frame through which to see the world.

For 2016, Fenster are receiving a grant in the amount of 5,000 euros to complete their fourth full length album. 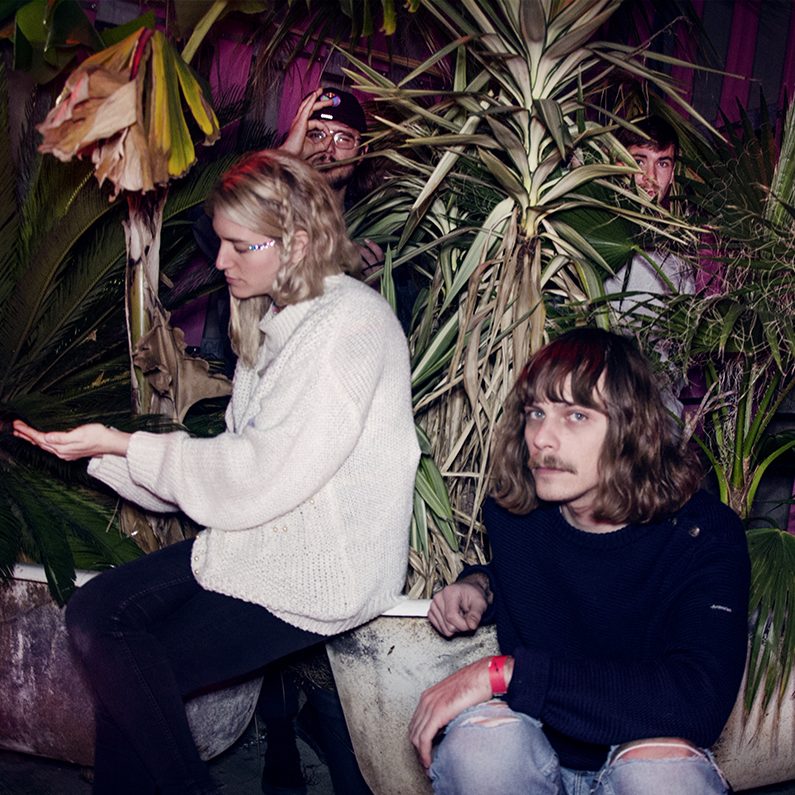