For the eighth year in a row, Musicboard Berlin, together with an independent jury, is awarding scholarships and residencies to pop musicians and bands who live and work in Berlin. For the first time, the ›Rio Reiser Sonderstipendium‹ is awarded to politically committed and activist Berlin musicians in the field of pop culture.

This year, with a total of 494 applications, we received more applications than ever and are happy to be able to support 79 great musicians and bands with a total amount of about € 295.876,00.

In view of the existential challenges that artists and cultural workers currently face as a result of the COVID-19 crisis, we are particularly pleased that this year we are able to award more scholarships than ever before.

Due to the current situation, we unfortunately cannot award any international residences taking place in 2020 for the time being. The residencies at Villa Aurora, Los Angeles, U.S.A., and Detroit, U.S.A., which will take place in 2021, may be awarded subject to reservation.

Instead, an additional 11 project scholarships in the amount of € 2,000.00 each will be awarded among the applicants for residencies abroad for artistic projects in Berlin.

Again, the jury nominated candidates for two domestic scholarships (HINTERHALT Commission) for the composition and realisation of an evening in the series AUS DEM HINTERHALT at Deutsche Oper Berlin in 2021. The selection of the winners is currently still in process.

Seven of this year’s scholarship holders will also receive individual artist coaching sessions with Jovanka von Wilsdorf in addition to their scholarship.

In 2020 the following Berlin-based artists will receive a Musicboard Scholarship:

The following Berlin-based artists will receive a project scholarship:

The residency in Villa Aurora, Los Angeles, U.S.A., in 2021 has been granted to: Ilgen-Nur

The jury remarks: »In times of uncertainty, two things help immensely: solidarity and confidence. Artists in Berlin can benefit from both of these things right now, whether they are at the very beginning of their career or have been enriching the music scene for years. After all, the Corona crisis is hitting them particularly hard. The Musicboard jury is therefore pleased to be able to award 79 scholarships this year – more than in any previous year. We consider it essential, especially now, to offer support to as many artists as possible for the coming months. Because the confidence that a lively pop scene can give to a city will certainly help many Berliners through this crisis.«

In 2020, Musicboard awards the Rio Reiser Sonderstipendium for the first time on the occasion of Rio Reiser’s 70th birthday. It honours politically committed and activist Berlin-based musicians or bands in the field of pop- culture who contribute to an open, diverse and tolerant society with their music and/or their role as artists.

The nomination and awarding of the scholarship was jury-based, an application was not possible. The following Berlin-based artists were nominated: 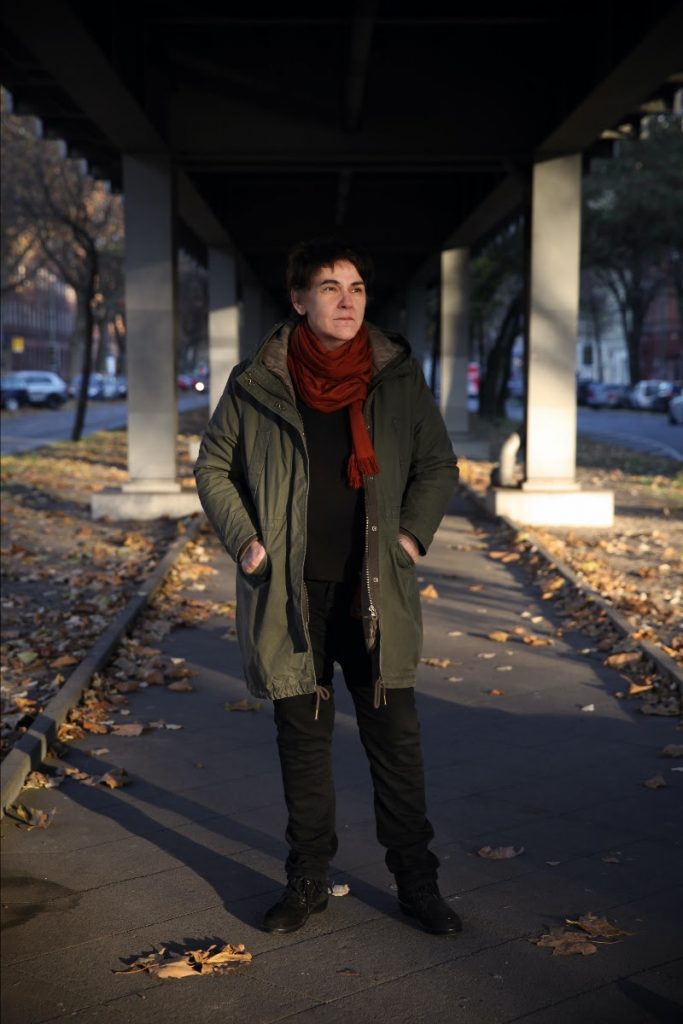 We are very pleased to announce Christiane Rösinger as the winner of the ›Rio Reiser Sonderstipendium‹, endowed with € 8,000.

Dr. Klaus Lederer, Senator for Culture and Europe of the State of Berlin, comments:

»I am particularly pleased that the ›Rio Reiser Sonderstipendium‹, awarded for the first time, is being granted to Christiane Rösinger; an artist who even got to know Rio Reiser in person! Christiane Rösinger has not only dedicated a great song to Berlin, but has also positioned herself tirelessly against the sell-out of Berlin in her music, but also in such great projects as the ›Stadt unter Einfluss‹ musical at HAU, which she developed last year. She stands like no other for a social and solidary local culture and for a Berlin that won’t put up with anything. After more than 30 years of living and working in this city, she has more than deserved to be awarded Musicboard´s ›Rio Reiser Sonderstipendium‹!«

Further information on this year’s scholarship holders will soon be available here soon.